Share a memory
Obituary & Services
Tribute Wall
Read more about the life story of Charles and share your memory.

Charley was born June 23, 1933 in Hominy, OK, the son of Charles Loman and Anice Ellen (Young) Chambers, Sr.  He grew up north of Pawhuska, attending Pappin School and graduating from Pawhuska High School in 1951.  Following graduation, he joined the United States Marine Corps, serving stateside in California and abroad in Japan.  Although Charley had been offered a football scholarship to Oklahoma A&M College (now Oklahoma State University), he turned it down, since he had never been told that meals would be included.  He opted for the Marines instead, knowing that he would have 3 square meals a day!  He returned home in 1954 and worked on his maternal grandmother's farm.  He didn't quite care for farming, so he started accumulating his own cattle while gaining experience working for area ranchers such as Doc Mundy and John Bailey.  To make more money, Charley worked for the Osage County Soil Conservation District then transitioned to working in the oil fields, first as a roustabout then earning his way into roughnecking.  By 1955, he had purchased is first 80 acres.  He had owned 720 acres before all was done.

When the oilfield work slowed, Charley found better pay working as a cowboy. Over the years he worked for smaller independent ranches and some larger operations in Kansas and Oklahoma — Silverlake, Adams, Codding, Smith and Ferguson — at all levels.    When he retired in 2000, he still continued to operate his own cattle ranch in Chautauqua County, KS.  A true rancher and cowboy, Charley was one who believed that a handshake meant something.

Charley was well known in the area for reciting cowboy poetry, singing old country songs and ditties with a little twang in his voice and his leather quirts and key fobs. He enjoyed entertaining and never forgot his humble begins, always referring to himself as “just a $40 a month cowboy.”

Charley was a lifetime member of the Osage County Cattlemen's Association and Kansas Cattlemen’s Association, Past President of the Elk County Livestock Association, and a member/presenter of the Cowboy Poetry Gathering in Alpine, TX.

On October 17, 1969, Charley married the former Judith Doris Cowan at the Wee Kirk of the Valley Chapel near Cedar Vale, KS.  She preceded him in death October 30, 1996.

Funeral services will be held Monday, December 19, 2:00PM, at the Pawhuska Elks Lodge.  Rev. Gary Cole will officiate.  Interment will be in the Pawhuska City Cemetery.

In lieu of flowers, memorials may be made to The Journey Home, 900 NE Washington, Bartlesville, OK  74006.

To send flowers to the family or plant a tree in memory of Charles Loman Chambers, Jr., please visit our floral store.

Video is available for this event 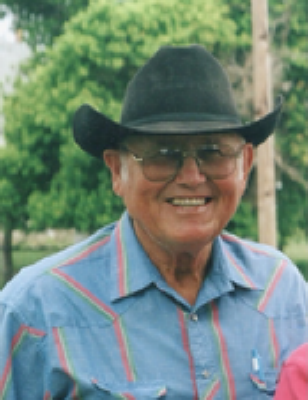