Share a memory
Obituary & Services
Tribute Wall
Read more about the life story of Joan and share your memory.

Joan Donelson Jacques, life-long resident of Osage County, passed away on January 6, 2023 in Fairfax, Oklahoma. Joan was born December 27, 1931 to James L. “Dewey” Donelson and Mabel Pappan Donelson in Ponca City, Oklahoma.  She attended school at Carter Nine, Shidler, and Oklahoma A&M.  Joan and Arthur Jacques were married in Pawhuska on October 29, 1951.  They established their home between Shidler and Burbank on the Jacques Ranch where they spent their lives raising a family and raising cattle.  The couple had two sons, A.J. and Dave.  She was a strict, but loving mother and was devoted to raising her two boys.  She spent many hours watching A.J. and Dave playing football, baseball, and basketball.  She never missed a game.

Joan loved sports and played basketball growing up and into her forties.  She was also an avid golfer and loved tournament competition.  She participated regularly in Ponca City’s Tee Par Tee, the Oklahoma State Women’s Amateur Tournament and the American Cancer Society Tournament.

Joan never wasted a day.  She gave her best effort towards everything she did.  She enjoyed cooking, sewing, raising chickens, and gardening. She raised a beautiful vegetable garden every year.  She also had a variety of fruit trees and had flowers everywhere!  Irises were her favorite.  Joan especially enjoyed working in her pecan grove.  For over forty years she tended the grove, grafting paper shell branches to her native trees and keeping it like a beautiful park.   She loved sharing the fruits of her labors with friends.   If you received a basket of tomatoes, apples, or pecans, you could be assured they were unblemished and the best she had.  Joan was also known for her outstanding skill of pie making. They were always delicious!

From 1981 to 2018 Joan spent a great deal of her life taking care of her parents and her husband Art.  She was a very devoted caretaker.

Joan was proceeded in death by her husband Art, her parents Dewey and Mabel Donelson, and her brother Jim Donelson.  Joan is survived by her sister Kathleen Star, her son A.J. and wife Susan, granddaughters Elizabeth Munroe and Jennifer Flanery and husband Matthew, her son  Dave and wife Barbara, granddaughters Julie Lawrence and husband Chad, Sarah Vap and husband Jesse, great grandchildren Peyton Munroe, Gavin Munroe, Cason Flanery, Hayden Lawrence, Hudson Lawrence, Eisley Lawrence, Austin Vap, and Audrey Vap.  There will be a rosary on Thursday evening at at 7:00 pm at Immaculate Conception Catholic Church in Pawhuska and the funeral Mass will be on Friday at 10:00 am at the church.  In lieu of flowers, contributions may be made to St. Ann’s Catholic Church in Shidler, mailing address 1314 Lynn Avenue, Pawhuska, OK 74056.

To send flowers to the family or plant a tree in memory of Joan (Donelson) Jacques, please visit our floral store. 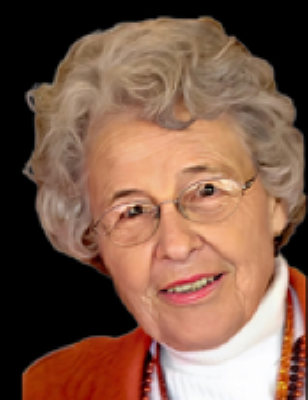