Share a memory
Obituary & Services
Tribute Wall
Read more about the life story of Margaret and share your memory.

Margaret Ann (Swanson) Myers, 65, resident of Barnsdall, died surrounded by family at 5:34 p.m. on
Wednesday January 11, 2023 at OSU Medical Center, Tulsa Oklahoma.
Funeral services will be held at 10:00 a.m. on Wednesday at the First Baptist Church in Barnsdall with
Rev. Pat Andrews officiating. Interment will be in the Ethel Reece Cemetery at Barnsdall, Oklahoma.
Margaret Myers was born September 15, 1957 at the Pawhuska Oklahoma Hospital to Loyal Bartley
Swanson and Zella (Miller) Swanson. Margaret graduated from Barnsdall High School with the class of
1975.
Margaret met the love of her life while riding the Vo-tech bus together. On December 13 th , 1975 she
married the love of her life, Mark Wayne Myers Sr. Together they faithfully served the Lord for many
years in many different ministries. They served together at Boys Ranch Town, for Oklahoma Baptist
Homes for Children, as house parents for approximately 8 yrs. After leaving Boys Ranch Town she
faithfully served along with Mark at different churches as he was the pastor.
Margaret owned a home daycare in Enid, Lawton, and Greenfield. Margaret also worked as a church
secretary in Chickasha, Ok. After coming back home to serve the Lord she started working for Osage
County DHS as an administrative tech for the child welfare department. Margaret enjoyed working for
DHS as she had a big hand in making sure the foster kids of Osage County had an amazing Christmas.
Upon retiring she discovered she had a love for crafting and would make special memory ornaments for
many people. She would also make the grandkids shirts for their 1 st day of school which they loved.
Margaret was especially proud of her children and grandchildren. She enjoyed her grandbabies so much.
Surviving Margaret is her father Loyal Swanson of Barnsdall, her son Mark and wife Georgiana Myers of
Barnsdall, daughters Sarah husband Josh Long of Bartlesville, and Christine McCarron of Jackson,
Michigan, sister Levina Sue Standley and husband Cliff of Barnsdall, brother Alfred and wife Sandra also
of Barnsdall, brother Charles and wife Terri of Bartlesville. Six Grandchildren Mark and Seth Myers,
Timothy and Karis Long and Courtney Plybon and Austin McCarron. She was also survived by a multitude
of nieces and nephews.
Margaret was preceded in death by her husband Rev. Mark Myers Sr., mother Zella Swanson, and her
grandparents.

To send flowers to the family or plant a tree in memory of Margaret Ann (Swanson) Myers, please visit our floral store. 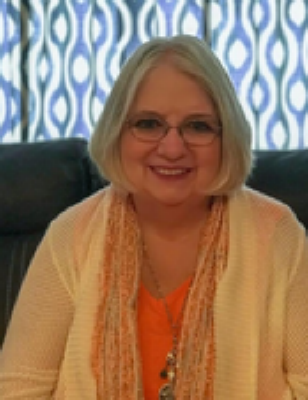